Mabel is in her second full week of preschool.  For the first day and the week after, I took a picture of her before we got in the car to go to school.

That first week her teacher said, “Well, we’ve got a little fashion plate!”  To which I laughed and nodded.  However, I’m the one that at most picks out and at least guides her choosing her outfits for school. 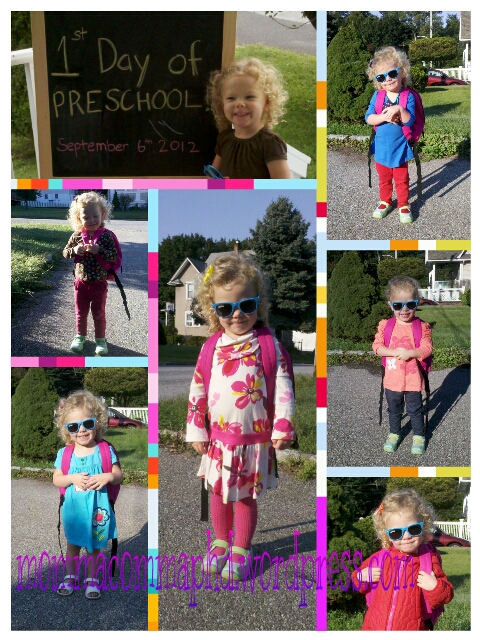 Here’s what we got: 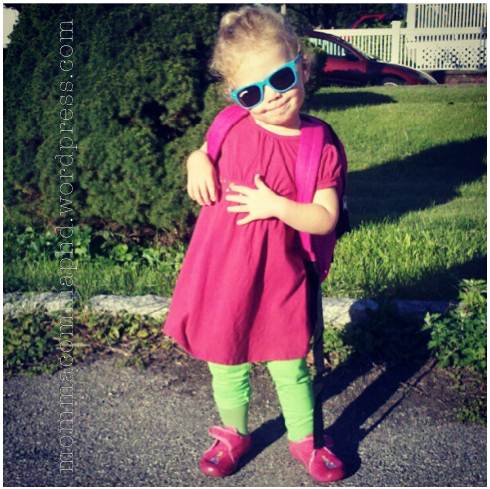 The car was already running, and Taylor Swift’s “Never, Never, Never, Getting Back Together” was playing.  Mabel, being who she is, was overcome with the urge to dance- which resulted in this:

After I stopped filming and went to pick her up I said, “You threw a show!”  So, when we got to school, the first thing she said to the teacher was, “I threw a shoe!”

I’m sure the teacher thinks we are a family of weirdos.

Tagged as dancing, Never getting back together, preschool, Taylor Swift

One response to “My little fashion plate…”