I was shocked to read this MSNBC headline:  Miscarriage risk doubles with use of anti-inflammatory drugs.  I immediately tracked down the actual research article in the Canadian Medical Association Journal to read for myself:  Use of nonasprin nonsteroidal anti-inflammatory drugs (NSAIDs) during pregnancy and the risk of spontaneous abortion.

I’ll cut to the chase.  Bottom line- I would not take NSAIDs while pregnant without a frank discussion with my doctor/midwife about the risks.  I will advise my friends and family likewise and encourage them to talk with their doctor/midwife. 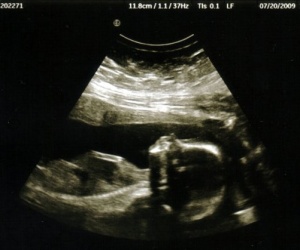 The research does not show a direct causal relationship between NSAIDs and miscarriage.  However, the data are compelling, necessitate further research, and in the meantime warrant avoidance of NSAIDs during pregnancy.

[The authors] considered a woman to have been exposed to an NSAID if she had a prescription for the drug filled before she became pregnant or during early pregnancy. Most NSAIDs in Canada are available through prescription rather than over-the-counter, the authors said.

Among women who had miscarriages, 352 had taken NSAIDs, compared with 1,213 of the women who did not experience pregnancy loss.

Reading the original journal article the authors are well aware of the limitations of their study- for instance, they did not have data on the use of over the counter (OTC) NSAIDs by study subjects (although they note that ibuprofen is the only OTC NSAID available in Quebec, where the study was conducted, and prescriptions for OTC medications were available to subjects through their health plan).  Information on why NSAIDs were prescribed to patients was not available, thus it is not possible to know if there was an underlying illness that contributed to miscarriage risk.  The authors also assumed that study subjects took prescribed NSAIDs as directed.  There were also a litany of confounding factors that had to be corrected for- other illnesses, socioeconomic status, etc.  The authors also did not have information on whether the patients smoked during pregnancy.

The mechanism by which NSAIDs might contribute is unknown, but speculated to be due to their ability to modulate prostaglandins.  Prostaglandins are lipid (fat) molecules that control certain cell behaviors.  They can induce muscle contractions and inflammation. NSAIDs inhibit the productions of prostaglandins, quieting inflammation and cramping.  The ability to reduce cramping is why NSAIDs are included in drugs like Midol for treating cramps associated with menstruation.  During pregnancy, the levels of prostaglandins in lining of the uterus decrease over time.  If NSAID treatment causes a more rapid drop in prostaglandin levels or fluctuation in the levels, it may contribute to miscarriage risk.  However, this is speculative and there is no definitive evidence that this it the case.

Increasing the risk of miscarriage from 15% to 35% is a staggering amount.  However, I cannot stress enough that correlation does not equal causation, and this study does not prove causation.  Further, pregnant women with underlying conditions will have to work with their medical providers to balance the potential for increased risk of miscarriage from NSAIDs with the risks of forgoing NSAID treatment.

When I was pregnant with Mabel, I avoided taking anything that wasn’t necessary.  I cannot recall exactly, but I’m pretty sure I avoided taking any kinds of pain killers (NSAID or otherwise) the entire time I was pregnant.  I do remember using Mucinex and nasal decongestant spray due to a nasty cold with massive congestion that left me unable to sleep.  I also took a prenatal vitamin as well as some OTC allergy meds deemed safe for use during pregnancy by my allergist (chlorpheneramine maleate and Benedryl).

Bottom line- I would not take NSAIDs while pregnant without a frank discussion with my doctor/midwife about the risks.  I will advise my friends and family likewise and encourage them to talk with their doctor/midwife.

Remember, NSAIDs are sold under lots of names and are ingredients in a lot of cold/flu remedies:  Advil, Aleve, Midol, Motrin, Dayquil,  Sudafed, etc.  For a comprehensive list, see here.